The Legend of the Moonstone: A Series for Kids and Young Adults – Meglena Ivanova 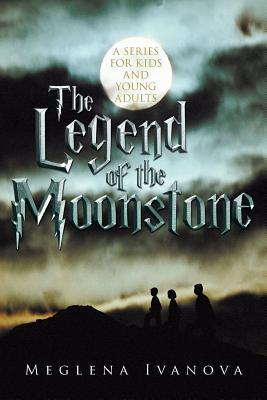 Title: The Legend of the Moonstone: A Series for Kids and Young Adults

Source: sent by author for review

When Daniel first met Professor Stransky, he was only fifteen. Daniel was amazed by everything in the hall. All gems and minerals the Professor had exhibited behind the glass panes seemed to bewitch him, and the story of the Moonstone changed his life and philosophy thoroughly. What happened the day they met, predestined events that would have happened anyway, but this was the best way to start them. After his encounter with the Professor, Daniel improved his results and soon was admitted to the University where Stransky taught. It had been several years since the meeting between the mysterious Professor and the boy with extraordinary power. Some very important moments of this meeting were engraved in the memories of both of them, but they seemed to be replaced by others, required by the present. When they met again, the thought of these past memories lurked in their minds as if this meeting had not been fully completed and that gave them no peace day or night. For a long time none of them had remembered their first encounter. While Professor Stransky was telling the legend of the Moonstone, however, something had broken in both of them and they had started tying up the events of their lives that had led to this current moment when the story of The Moonstone was perceived as fact rather than fiction.

This wasn’t a bad idea for a book, but it was very confusing. I had no idea what was goin on fo at least half the book. I didn’t hate it but it wasn’t blow-me-away-amazing. I think there was way too much going on at once. Giants, the Moon, reincarnated kid, sleeping parents, and love. It was a lot and a little hard to follow. I really enjoyed the romance parts at the end even though I don’t particulary like romance novels. *props to Meglena*

In this book there was very little character development, and that bothered me a little bit. By page 100 I still didn’t understand the point of the girl even being there. By the end I knew what her point was, though. I liked Professor Stransky because he liked reading and learning. Daniel, although being the main character, didn’t help the story a ton. He didn’t hurt the story, but there wasn’t a huge point for him to be there. By the end of the book I still didn’t understand that Kyle was using Daniel as a host. I thought he was a completely different person. I have no idea why I thought that, but I did.

I would be Professor Stransky because he’s my favorite character and he spends his time reading all day. Come on, that would be awesome :) He was my favorite character because he had the most development throughout the book. I knew the most about him. I liked that he likes learning, but who devotes their whole life learning about one stone. That still puzzles me. Wouldn’t you want to do something worthwhile with your life other than be an expert on one simple thing?

Big thanks to Meglena for sending me this book! I am so glad that I got to read and review it for you. I loved emailing back and forth and getting to know you better!

P.S. I think you would be very good in more of a romance genre because the best parts of the book were the romance parts!

3 thoughts on “Review: The Legend of the Moonstone: A Series for Kids and Young Adults – Meglena Ivanova”