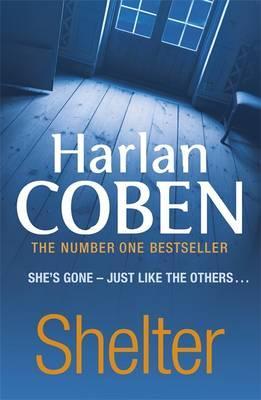 Mickey Bolitar’s year can’t get much worse. After witnessing his father’s death and sending his mom to rehab, he’s forced to live with his estranged uncle Myron and switch high schools. Fortunately, he’s met a great girl, Ashley, and it seems like things might finally be improving. But then Ashley vanishes. Mickey follows Ashley’s trail into a seedy underworld that reveals that Ashley isn’t who she claimed to be. And neither was Mickey’s father. Soon Mickey learns about a conspiracy so shocking that it leaves him questioning everything about the life he thought he knew.

First introduced to readers in Harlan Coben’s novel Live Wire Mickey Bolitar is as quick-witted and clever as his uncle Myron, and eager to go to any length to save the people he cares about. Follow Mickey Bolitar on his next adventure in Seconds Away, coming out in Fall 2012!

Mickey Bolitar is sent to live with his uncle after his father was murdered and while his mother was in rehab. He goes to a new school in hopes of pursuing basketball. Mickey was walking around the neighborhood one morning and saw a creepy old house. It’s called the Bat Lady’s house because a woman all the neighborhood children refer to as Bat Lady has lived there for decades. When Mickey gets to school he meets two kids, one named Ema and one he calls Spoon. The three friends get picked on for being outcasts, but none of them mind. Mickey meets a girl and they start dating, but then one day she just disappears. No one knows where she went, so Mickey and Spoon go and talk to her parents, but the people she claimed to be her parents didn’t know a thing about her. Why would her supposed parents not know her? Who is the Bat Lady?

This book was surprisingly good; I actually really liked it. The who story was really unique and had a ton of different elements to it. There was some mystery, a tiny bit of romance, and some good friendships. I recommend this book, and it’s weird to me that I’ve never heard anyone talk about it.

Mickey was the main character, but it was so weird to have a guy named Mickey, but that’s only because my aunt’s name is Mickey. It’s whatever, though. He was cool, but I really liked Spoon and Ema. Mickey was an outcast, so he bonded with his outcast friends. I loved that there were a lot of different elements to this story. It had more than most stories do.

I would choose to be Mickey because he ended up finding everything out. I found that it was really weird that Mickey was a Jock and he was hanging out with the quote-on-quote “weird people.” I mean, it wasn’t bad, but he would have been taken into the jock squad because he could play basketball.