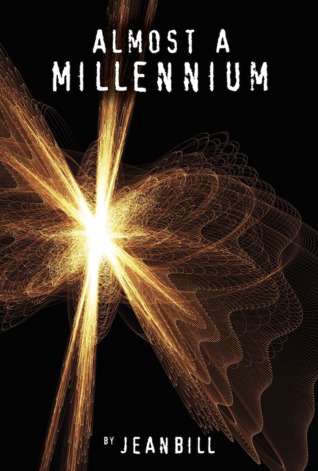 Almost a Millennium is an eclectic novel about the unlikely connection between an English monk and an American physician that lived nearly 1,000 years apart, one of today and one in the medieval period. It begins at their birth, traveling through time to their adulthood.

Paul, a monk at Llanthony Abbey in Wales, begins writing in the scriptorium using cryptography, knowing that the abbot might frown upon some of his comments about the crusade and his contact with God. In addition to his criticism of the crusade, he had added a short autobiography into the three-page document. He decided to keep this manuscript near his desk until the time he would be close to death and would pass it on for safekeeping to one of his fellow monks. No one would ever know what he had written unless the person deciphered the code.

After the death of his parents, Fred finds himself struggling with his faith and questioning the presence of God. He is introduced to an ancient manuscript, written by a monk who lived one thousand years ago. Through his readings, he deciphers the coded text and it completely changes him.

Separated by time and geography, Fred and Paul develop a connection that defies logic and physics.

Interspersed are brief sketches of portions of history during the medieval period, mostly in England, and there is also romance, rape, and murder as well as the substantive issues of modern and medieval times, including religion. The historical fiction breathes life into historical and modern figures and events, bringing readers into the real world – of the past and the present.

There were two different stories to this book. The first dealt with a man and woman in this time period, and the second was in the early 1000s. Both were about couples who had their issues, but I was very confused throughout this whole book. I don’t really know what happened, honestly. The stories were all over the place, and I didn’t understand the connection between the two. It was hard to connect with the characters because of the different story lines. The first story dealt with a man who’s parents died, then he had to work his way through medical school, so instead of getting a job he used a girl for her money. They ended up not falling in love, but got married anyway. The guy fell in love with a nurse at the hospital and ended up marrying her. The second story was about a man who works for a family and falls in love with the daughter. They end up getting married against her parent’s wishes and then they leave the area her parents are at. Not much happened in this book, and there was a lot of pointless death. I didn’t get the random history lessons in the middle of the chapters. Parts of this book read somewhat like a research paper. I did like the idea behind it, though. It is cool that the stories from different time periods some how connect.

I will choose to be Fred (the man from the “now” time period). Even though he divorced his first wife for the new girl, he did have character development. His parents died when he was in college, so he found a way to cope. He was very smart and got great grades throughout high school and college, and he ended up decoding a large part of Latin text in the end. He was a very dynamic character; he had development from beginning to end.