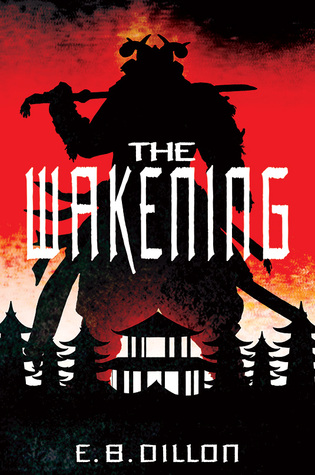 The time is now, the country is Japan and the world is facing an unseen and deadly danger, and the only hope for anyone is a group of six teenagers. Not a promising start!
Riku Yamamoto’s destiny was decided for him over a thousand years ago when the Earth was at war with a race of beings called the Him-ids.
It is on his shoulders that the fate of mankind rests, a tall order for someone so young but he does not have to face the battle alone. When his grandfather tells him of his fate, Riku is shocked and disbelieving at first. But then Nagasaki, an ancient Japanese warrior, is awakened just before Riku’s sixteenth birthday, confirming that what his grandfather says is true. Riku and his friends rise magnificently to the occasion, the trouble is so do their enemies…

I was sent this book by the author for an honest review!

Riku Yamamoto is destined to be the ruler of Japan taken from a prophecy one thousand years ago. He is part of the Moon-Star Spirit group who are meant to protect all of Japan from the Him-ids. Riku is has a group of six friends and they have been friends for as long as he can remember; they are his protectors. Riku and Shin are in love with two of the girls from their group, Takara and Yukiko. They devote themselves to protecting their loved ones and themselves. Throughout this book the group goes through adventures with Nagasaki, the man who was meant to help them. He was part of the original battle one thousand years earlier. The group follows him and takes battle strategies from him. The book ends with an epic battle among the Him-ids and the Moon-Star Spirits, and it ends at a high point of the book.

Alright, first off, huge thanks to E.B. Dillon for sending this book to me! I always love when authors ask me to read their books!

I have to say that I didn’t love this book, but it wasn’t bad by any means. The plan behind it was really cool, and not something I’ve read before. I’ve not really read about Japanese culture, so that was an interesting twist. I did get quite confused with all the names because there wasn’t much development of the character before the name was dropped. I also really didn’t understand the romance throughout this book. Shin and Yukiko didn’t even know they loved each other, and by the end of the book they were married. Um. Riku and Takara always knew they had feelings for each other, but they got married when they were 16. Um. That’s extremely young. I’m 17 and wouldn’t want to get married now.

There were also some spelling mistakes and I don’t know the reason for that. There were quite a few parts that I was confused because of the spelling and grammar errors.

All in all, I think that this was an interesting book to read, and not something I would normally pick up. I enjoyed the majority of this book, but wish there was a little more time spent introducing the characters. Again, thank you to E.B. Dillon!