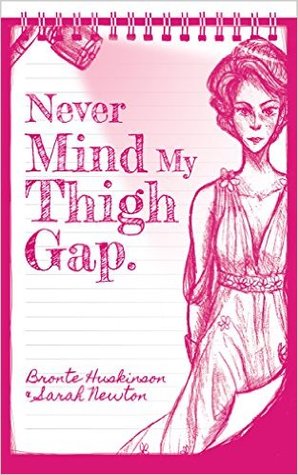 “One ordinary girl, one extraordinary moment” There are three things everyone notices about Alice. 1. Her super-hot rugby boyfriend. 2. Her sophisticated, totally gorgeous best friend. 3. Her very noticeable 38-inch long legs.

Alice is tall – just under six feet to be exact – but her self-esteem couldn’t be smaller. When her relationship starts wavering, Alice’s perfectly beautiful best friend somehow convinces her to join a modelling competition, “for a confidence boost.” But Alice is just a normal girl; she loves ice cream too much, has an unhealthy addiction to American TV and lusts after the elusive thigh gap. She can’t even walk in heels, let alone in a bikini, but she finds herself joining Runway Models anyway.

The finale is only a few months away.

Will Alice catwalk her way to self-confidence or fail, proving everyone right? People can surprise you.

Shannon A. Thompson sent me this book because she thought I would enjoy reading it, so huge thank you! I have to say, though, that I really didn’t like this book that much. The specific thing that made me not like it was the unrealistic friendships and relationships. Alice is a pretty sweet girl who has some self-esteem issues, but that’s only because she has a bitchy friend and an awful boyfriend. Her friend wanted her to do this catwalk show thing and the only reason she did it was because her boyfriend didn’t want her to. He was rude and didn’t help her with her self-esteem. He was always tearing her down and making fun of her for wanting to do things because they were things she “wouldn’t normally do

Alice meets some new friends whom she becomes close with after everyone at school makes fun of her for trying out for this modeling gig. Oscar and Maddie become her best friends, and eventually she falls for Oscar. A lot of this book is misinterpretation and miscommunication. Oscar freaked out in the end because he saw Alice hugging her ex. Ugh.

The only way the “thigh gap” ties into this book is at the beginning when Alice wants a thigh gap. It talked about how much she ate, but she was still super skinny. Um. So the whole thigh gap idea that the book was named after didn’t even play a part in the story. I don’t understand why there was even mention of it in the title.

Overall, I don’t really understand the plot of this story. There wasn’t much of an actual story beside the fact that she broke up with her boyfriend and best friend and found some real friends.

Thank you for sending me this book, but it wasn’t really my cup of tea!