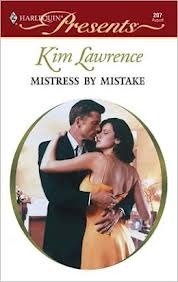 Did he want a mistress — or a wife?

Drew Cummings more than lived up to his reputation for being incredibly sexy. He’d misjudged Eve, though, believing her to be a calculating gold digger chasing after his wealthy nephew….

So when Drew began seducing Eve himself, was he simply protecting his family fortune? Why else would he be interested in shy little Eve? There was no denying he wanted her…but was he looking for an affair — or something more permanent?

I know what you’re thinking. Aubrey, this doesn’t seem like the type of book you like to read, and you’re right! I kind of hated it… a lot. Anyway, story time. I picked up this book because I went camping with two of my friends, and FORGOT MY BOOK AT HOME. The tragedy of it all. Neither of them brought a book either, so we went to the little free library thing at the campground lodge and we thought it would be funny to read romance novels. We went camping so that we could relax, go cliff jumping, swimming, and hammocking. So, we all chose Harlequin romance novels, as there was an abundance of them at this small library. I just finished it, and hated it as much as I thought I would.

This story follows Eve and Drew, who mistakenly fall in love. Lots of sexual tension, lots of unnecessary angst.

I knew going into this there wouldn’t be much story, but there was pretty much no plot, and there was no character development at all. They meet in a very strange way that had nothing to do with anything. So she meets this magical Drew, and of course hates him at first. Hates him so much. As in, tells him that he’s pretty much an entitled prick. Umm. Yeah, if you’re attracted to someone just go ahead and tell him that he’s a horrible person before you meet him. She of course first sees him with no shirt and just a towel that “defied gravity” by staying on his slender, sexy hips… vomit.

I knew what I was going into, but damn I can’t explain how horrible the writing was. It switched perspectives literally every two sentences. There were no quotation marks, and the conversations were just in the paragraphs as opposed to how they normally are. There were so many characters introduced with NO backstory whatsoever. So many. It was horribly difficult to follow at the beginning, not going to lie. I feel like I have a decent concept of following characters through stories. I read a lot, but this was just so hard to understand. I think it was partly because the writing was SO BAD.

There were also random plot points that were just thrown in to make the book longer. First off, if you add that many random words and plot suggestions and the book is only 185 pages you’re for sure doing something very wrong. There was a party. An ex-fiance. Gardening. House fire. Saving a cat from a tree. Climbing up the side of a building to get to the girl you love *eww*. Lying. There were just so many random things that shouldn’t have been in this book, but whatever. I do not recommend reading this book at all. I personally do not understand reading a purely romance novel. There is typically no plot. There is a cringey romance that is in no way realistic at all. Trust me here. I’ve been dating the same lovely boy for almost 4 years now, and this is not what it’s like. There’s actual emotion and real feelings, not just being “hopelessly in love at first sight.” Just putting that out there. If romance novels are your thing, go for it. You do you, but I do not plan on reading any more romance novels. Books with some romance. I’m all for it. Anything for me to fangirl over, but there was no… anything to this story.