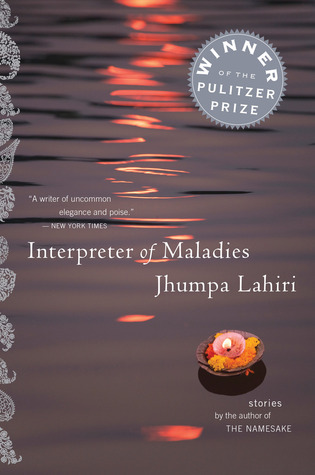 Mr. Kapasi, the protagonist of Jhumpa Lahiri’s title story, would certainly have his work cut out for him if he were forced to interpret the maladies of all the characters in this eloquent debut collection. Take, for example, Shoba and Shukumar, the young couple in “A Temporary Matter” whose marriage is crumbling in the wake of a stillborn child. Or Miranda in “Sexy,” who is involved in a hopeless affair with a married man. But Mr. Kapasi has problems enough of his own; in addition to his regular job working as an interpreter for a doctor who does not speak his patients’ language, he also drives tourists to local sites of interest. His fare on this particular day is Mr. and Mrs. Das–first-generation Americans of Indian descent–and their children. During the course of the afternoon, Mr. Kapasi becomes enamored of Mrs. Das and then becomes her unwilling confidant when she reads too much into his profession. “I told you because of your talents,” she informs him after divulging a startling secret.

I’m tired of feeling so terrible all the time. Eight years, Mr. Kapasi, I’ve been in pain eight years. I was hoping you could help me feel better; say the right thing. Suggest some kind of remedy.

Of course, Mr. Kapasi has no cure for what ails Mrs. Das–or himself. Lahiri’s subtle, bittersweet ending is characteristic of the collection as a whole. Some of these nine tales are set in India, others in the United States, and most concern characters of Indian heritage. Yet the situations Lahiri’s people face, from unhappy marriages to civil war, transcend ethnicity. As the narrator of the last story, “The Third and Final Continent,” comments: “There are times I am bewildered by each mile I have traveled, each meal I have eaten, each person I have known, each room in which I have slept.” In that single line Jhumpa Lahiri sums up a universal experience, one that applies to all who have grown up, left home, fallen in or out of love, and, above all, experienced what it means to be a foreigner, even within one’s own family.

I really enjoyed this short story collection because Lahiri’s writing style is so beautifully eloquent. Pretty much ALL of the stories were super depressing, so I definitely need to read something happier and easier to read after this.

This anthology has 9 short stories, but my favorites were “Interpreter of Maladies” and “The Third and Final Continent.” “Interpreter of Maladies” is the namesake for this anthology, and is the most well-known of Lahiri’s works. I thought this had an interesting dynamic because the main character had these fantasies that were long and drawn out in a matter of seconds during the real-time of the story. It was very cool to read because it wasn’t something typical for a short story, in my opinion.

“The Third and Final Continent” was the final story, and I think this one will stick with me the most because it started out so tragic almost and was the only happy ending! Now, I’m all for being a realist and knowing the limits of life, but not everyone is sad all the time and has horrible things happen to them. I LOVE happy, or at least satisfying, endings to stories or books, so when everything is depressing it’s hard to read. I had to take breaks in between the stories instead of just reading straight through because I needed to give myself a little mental break in between everything that was happening.

You’ll notice that I wrote reviews for the first two short stories of this anthology, but didn’t write any for the others, and that is because I am not counting short stories towards my GoodReads goal anymore. I’m doing novellas, but not individual short stories. It was a whole internal debate, and so I went through and culled out the short stories that I’ve read this year, and this is now my 73rd book of the year. *go me*

ANYWAY. I liked that this was all about people of Indian descent because I’ve never really read anything from the perspective of Indian culture. It was a very diverse read to me! Overall I thought this was a beautiful book, but be warned that the stories are quite sad at some points.