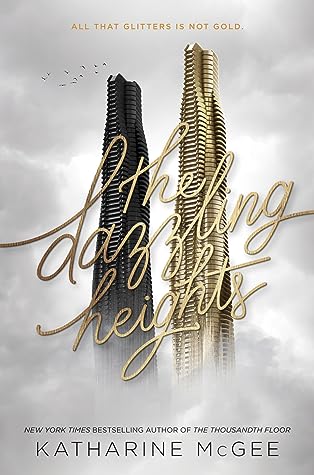 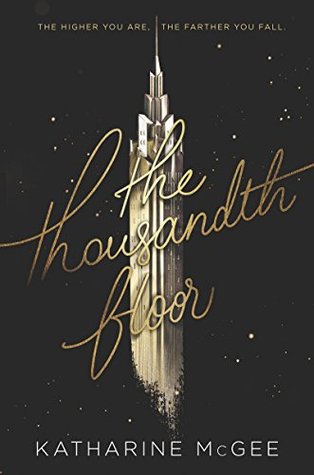 New York City as you’ve never seen it before.

A thousand-story tower stretching into the sky. A glittering vision of the future, where anything is possible—if you want it enough.

A hundred years in the future, New York is a city of innovation and dreams. But people never change: everyone here wants something…and everyone has something to lose.

Rylin Myers’s job on one of the highest floors sweeps her into a world—and a romance—she never imagined…but will her new life cost Rylin her old one?

Watt Bakradi is a tech genius with a secret: he knows everything about everyone. But when he’s hired to spy by an upper-floor girl, he finds himself caught up in a complicated web of lies.

And living above everyone else on the thousandth floor is Avery Fuller, the girl genetically designed to be perfect. The girl who seems to have it all—yet is tormented by the one thing she can never have.

Amid breathtaking advancement and high-tech luxury, five teenagers struggle to find their place at the top of the world. But when you’re this high up, there’s nowhere to go but down…

I liked this book, but wasn’t blown away with it. I buddy read this book with Molly from her YouTube channel, Molly Strzelecki. I plan on talking about it more in my video wrap-up at the end of this month!

This book was a super cool concept because it was so futuristic and there were so many things that seemed viable and interesting, but I don’t know if the execution was what it could have been.

There were 5 different perspectives, and although I could understand and follow along with all 5, there were times that I had to think about who was who. Which could just be a me thing, but I was confused at times.

I liked that there were characters from many different social classes. It added some diversity that isn’t usually shown all at once in a young adult book. There were very poor people and excessively rich in comparison. It really made you think about where you would fall ranking-wise in this dystopian/futuristic society.

The ending was crazy! I’m so excited to read the second book in this series because I know that it’s going to answer so many questions I have. Also, I completely forgot about this until I was almost to the end, but the prologue of the book was actually the ending.

So we learn right at the beginning that someone is going to fall off the top of the Tower, which never happens, so it’s super mysterious and makes you wonder who it is. But I COMPLETELY forgot it was even a thing. So it was nice to remember that I had something to try and figure out. I correctly guessed who fell off the tower, but for the completely wrong reasons. Crazy stuff.

I would recommend this book to anyone who likes dystopian because it was a very cool world. I wasn’t the biggest fan of all the characters, but they weren’t bad. I’m just feeling kind of torn with this book in regards to how I feel. It was good, but there were parts that were kind of bad. I just don’t know.

Lol even after all that nonsense, I’m excited to read the second book and look forward to reading it soon!

The Dazzling Heights (The Thousandth Floor #2)