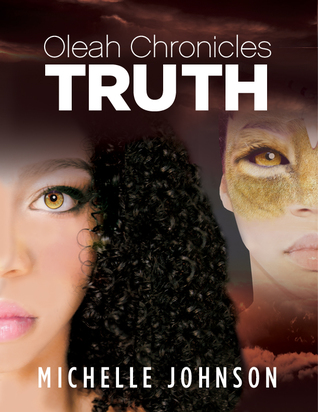 What would you do if everything you thought to be true in your life was a lie?

Sixteen-year-old Angel Seriki must face overwhelming truths about her family when she meets Zander Black, a new student to her high school who is smart, charming and devastatingly beautiful. The revelations he uncovers to her about her family’s past changes everything, and as her relationship and feelings for Zander deepen, so do the risks involved. She must now accept her fate and face the true reality of who and what she is. Even if that means giving up everything, including being human.

I got this copy in exchange for an honest review!

I really enjoyed this book; it’s been a while since I’ve read something like this. I loved the aspect of there being different planets that different monster species came from. There’s a specific place each group originated in. Angel was the main character, and she is just finding out her true origins. She’s a gorgeous high school girl, who has a crush on a handsome boy from school who turns out to be an enemy of her people, the Oleah. She doesn’t know what to do, because she’s never heard about “her people” at all. Her parents took their whole family to Earth in order to be safe from everything happening on their planet. The family decided to live on Earth and continue on in their human forms for as long as they could be kept a secret. Angel started getting weird visions and dreams, but had no idea why. The only one to explain it to her was Zander, the handsome boy who just so happens to be an enemy. Of course there is a relationship between the two of them, and her parents do not (under any circumstance) approve of him.

Zander vows to protect Angel, and all of the sudden bad things start to happen on Earth. The family has to decide what to do, and they end up figuring everything out as they go. I really liked this book because it was so different. It was refreshing to jump into an entirely new world with new characters.

I would choose to be Angel because she was part of the group of Oleah people/lions. They were really cool, and the way they were described was very nice. I think she was a strong character, and it would be nice to be explained as she was. She was beautiful and had gorgeous hair and skin. Yes please.

Huge thank you to Michelle Johnson for the copy of this book! I can’t wait to read other works written by you!